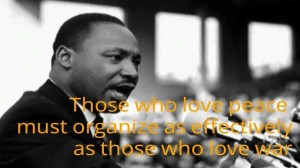 Immediately after the Clean Rivers Campaign (CRC) held a press conference on March 23 demanding that Alcosan establish a Customer Assistance Program, and immediately after the CRC presented 2,000 petitions to the Alcosan board meeting on March 26, the Alcosan board announced the establishment of a sub-committee to develop a plan to provide customer assistance for low-income residents in Pittsburgh to be able to pay their rising water bills. CRC representatives have met 3 with all 3 Council representatives to lobby for a fair plan and have shared best practices from other municipalities that have implemented customer assistance plans.

Alcosan will be securing a $70 million bond to begin work on the expansion of the water treatment plant within a period of 3 years. The City has secured an 18 month extension so that surrounding municipalities can develop green instructure plans to Alcosan. The CRC is lobbying for these municipalities to be incorporated into PWSA’s study so that there can be a comprehensive, cost-effective plan on the table under consideration.

Water bills will continue to rise by 11% in 2015, 2016, and 2017, but the increases will only begin to cover the total cost of the $2.1 billion project. That is why it is critical for us to organize and mobilize so that we can get the most community benefit (green infrastructure, rate payer protection) that we possible can. Nora Johnson, Leslie Kaplan, and Vincent Kolb are a part of the Rate Payer Justice team that is working to make sure that no one in Pittsburgh will have to make a choice between food, medicine, and paying their water bill.

Keep your eye out for a Bus Tour later this summer to show our elected officials that we want rate payer justice and green infrastructure in return for our ever increasing water bills!

Worship begins at 10 am, both in-person and streaming.

Masks are required in the building while Allegheny County is in a “medium” or “high” CDC community risk designation; N95 or equivalent masks are preferred while in “high.” Masks are welcome and recommended while in “low.“

Nursery care for infants and toddlers is available during the worship service. Extended Session for children in preschool through third grade is held upstairs during worship following the Time for Children.