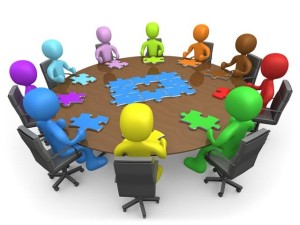 Session, with our newly elected Elders met on Wednesday, the 17th of February. Since it had snowed the Saturday that officer training was planned, it was cancelled and much of the material that was to be presented then was presented at this meeting. The subjects were: What is our Financial Picture and Organizational Structure at Sixth, results from the Listening Campaign, Sixth Church Policies and Initiatives (More Light, Earth Care, PIIN, Gun Safety). These were presented by the Pastor and some of the Elders.

Session moved, seconded, and passed a motion to baptize Jesse Michael DeLucia, son of Sara and Joe DeLucia on February 21, 2016.

The Session moved to accept Leila Richards into membership as a transfer from East Liberty Presbyterian Church.

Peter Koehler, Chair of the House Committee, reported that handrails will be put on the sides of the altar to assist people going up the steps. They will be installed on both sides of the stairs by April 18.

A Litany of Prayers of the People was read and concerns were shared.

The meeting was concluded with the singing of the hymn “Guide Me, O Thou Great Jehovah” and prayer. 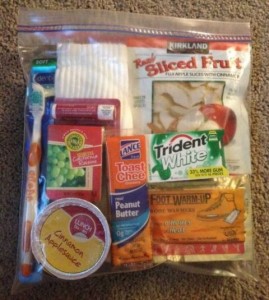 The Board of Deacons has purchased food and other items considered most helpful in easing the daily needs of homeless people. Those items, and a note from Sixth, will be packed into gallon plastic zip lock bags by Jenny Newman and the senior high youth group and distributed by outreach staff of Community Health Services Corporation in their regular rounds among homeless people around the metro area. Fifty packages were assembled. Lesa Rosamond gathered best thinking from experienced people about what items are most needed or most useful and which types of food, first aid items, toiletries or simple amenities are least available from other free, public sources such as shelters, restaurants or public rest rooms. The list of contents includes items one might expect, such as tuna or chicken salad snack packs, cheese and peanut butter crackers, and band-aids. There are also peppermint patties, mints, instant oatmeal and granola bars. And while flashlights or wool socks or first aid kits were either too bulky or expensive, the packages also include items such as wet wipes and flossing sticks. Cotton socks were purchased and will be donated separately to shelters. The Deacons will evaluate the effectiveness of the initial 50 packages, expecting to make adjustments and continue the program.

One Great Hour of Sharing
Sixth Church and God’s Creation

Worship begins at 11 am, both in-person and livestreaming.

Masks are required in the building while Allegheny County is in a “medium” or “high” CDC community risk designation; N95 or similar masks are preferred while in “high.” Masks are welcome while in “low.“